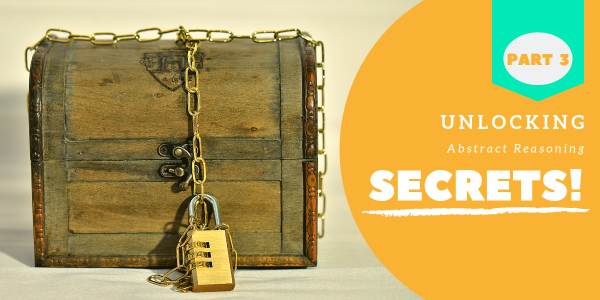 We are about to embark on some deep mental thinking. In PART I of this series we discussed how to approach Abstract Reasoning Test questions. In PART II we looked at simple rules that are relatively easy to spot and memorise. Having said that though, the rules revealed in PART II are often used in far more complex ways to make them less obvious to spot. Now let’s jump into the deep end and get right into the thick of abstract reasoning trickery.

In addition to the simpler rules mentioned in PART II of this series, you will also encounter more complex rules designed to significantly increase the difficulty of an abstract reasoning question. Picking up on these rules will most certainly help to increase your test score.

Simple mathematics does come into play at times with abstract reasoning questions. This can take the form of adding, subtracting, finding the difference etc. When you encounter a question where there are numerous elements of the same type in each image block, there is a good chance you are dealing with an abstract reasoning question where a simple calculation is required. Sometimes you will need to group building blocks of the same colour/shape to find the correlation. Also, building blocks may move positions to trick you into thinking there is a movement pattern to discover, but in such cases, this is only done to create information overload.
While the example below looks complex, the solution is rather simple. The number of triangles in the bottom right square decreases by 1 each step of the series (a simple subtraction exercise). The top right square shows the total number of coloured triangles when you add the number of coloured triangles in the top left and bottom left squares (a simple addition exercise). The uncoloured triangles in the top left and bottom left squares are simply distractors, while the movement and appearance of the triangles in each image block are also totally random.

Sometimes a series will follow a simple rule as a whole, but the difficulty comes from the fact that the individual image blocks do not all relate. Rather, certain image blocks are paired with others. The key to solving this type of question is to find the other pair, then observe the difference between the pairs to arrive at the simple rule governing the whole series. As a general rule of thumb, image block 1 is often paired with image block 4, image block 2 with 5 and image block 3 with the correct answer option. This is the case in the example below. If you compare image block 1 and 4, you’ll see that the only thing that changes, is that the building blocks located in the top and bottom parts of the X simply swap places. Everything else stays the same. Then in image block 2 and 5, the exact same thing happens. This means that the correct answer option will just be a flipped version of image block 3.

An example of a movement instructional could be a building block moving randomly throughout the series, but the positions it moves to defines where another building block will move to in the next step of the series - simply put, the two building blocks play “follow the leader”. This can be seen in the example below, where the circle moves to the position previously occupied by the triangle.

Alternatively, a transformational instruction occurs when the presence of a building block changes the appearance of another building block – makes it bigger/smaller, change colour, appear/disappear etc. In the example below the appearance of the rectangular blocks change when an icon appears under it. An uncoloured circle instructs a block to become smaller, while a coloured circle tells it to grow. An uncoloured star makes a block white, while a coloured star fills it with colour. Once you work out what rule is applied to each icon, finding the correct answer in the series becomes simple.

This is one of the hardest types of abstract reasoning question that you’ll encounter, but the good news is, it’s used relatively rarely. The difficulty arises from the fact that a change occurs immediately in the same image block and not in the next step of the series, which makes it much harder to spot the governing rule. In such cases, it is important to look at the series as a whole and try to find what initiates a change.

For the example below, we have used the same instructional rules as the previous example - an uncoloured circle instructs a block to become smaller, a coloured circle instructs a block to grow, an uncoloured star makes a block white, a coloured star fills the block with colour. In the previous example, when an instructional icon appears, the appearance of the blocks only change in the next image block. However, in the example below, we can see that the appearance variations happen immediately in the same image block that the instructional icons appear because the “Present State” rule is also being utilised. So, while the two examples look almost identical, the way the two series behave is very different thanks to the underlying “Present State” rule being present in one.

With this type of rule, the number of building blocks stays consistent throughout the series, but a rule forces some building blocks to transition to a different position, which causes a change in the whole configuration. The key is to find out what the transition rule is. Keep in mind that a rule may alternate between the odd image blocks (1, 3, 5) and even image bocks (2, 4 and the correct answer block). In the example below, we can see this clearly demonstrated. In the odd image blocks (1, 3, & 5) all the blocks shift one column to the left compared to the image block before it, whereas in the even image blocks (2, 4 & answer block) all the blocks shift one row down compared to the image block before it. The number of blocks and their appearance doesn’t change, they simply transition to a new position in the grid collectively. Again, this rule can appear in various forms. Sometimes only one building block moves/shifts or two building blocks may swap positions in a grid, which again will change the whole configuration.

These types of questions tend to be visually busy to make you feel overwhelmed, but all you need to recognise is that something minor and very simple changes throughout the series. The building blocks may change colour, change size, appear in their negative form etc. In the example below the only thing that happens, is that the colour of the dots in a randomly chosen column will change to their inverse colour throughout the series. In image block 2 we can see that the dots in the last column changed to their inverse colour compared to image block 1. In image block 3 the same colour change happened in column 1, in image block 4 the last column changed again, and in image block 5 column 2 changed.

Like with the example above, for this type of question it is highly possible that the rule may alternate between a change in a column for even image blocks, while the same change happens but along a row in the odd image blocks. This type of trick adds an extra level of difficulty to the abstract question.

Arrows are often used as building blocks in abstract reasoning questions. This is largely to do with their versatility. Their presence can be linked to many of the rules mentioned throughout this three-part abstract reasoning series. However, here we’d like to emphasise more specifically the effect an arrow can generate by where it points.

Below we have presented only two examples, but the more abstract reasoning questions you do, the more variations you will encounter. The point is to remember to pay attention to where the arrow points, as it may have an effect on another building block’s position, appearance, which direction it moves, where icons accumulate/group, which cell/row/column is activated in a grid…the variations are infinite.

While this trick used by abstract reasoning question writers has been mentioned previously in different scenarios, it is important to highlight it as a separate rule as well, to emphasise its importance. Remember, that for some questions, while there may be an underlying rule that governs the whole series, the rule may not remain consistent throughout the series. By this we mean that the rule applied may vary slightly for the odd image blocks (1, 3, 5) and the even image blocks (2, 4, correct answer option) of a series.

Spotting this rule early when answering an abstract question will save you a lot of time. So, keep the “Odd-Even Variable” in mind!

NOTE: The examples presented throughout this three-part series are simplified abstract reasoning illustrations to highlight each rule being discussed. A real abstract reasoning question encountered at an EPSO test will often feature a combination of multiple rules to up the level of difficulty.

In addition to understanding the test methodology, regular and consistent practice over an extended period of time is what’s required to do well in this test.

Now that you have the tools to identify the various rules and tricks used by abstract reasoning question writers, put these new skills to the test! 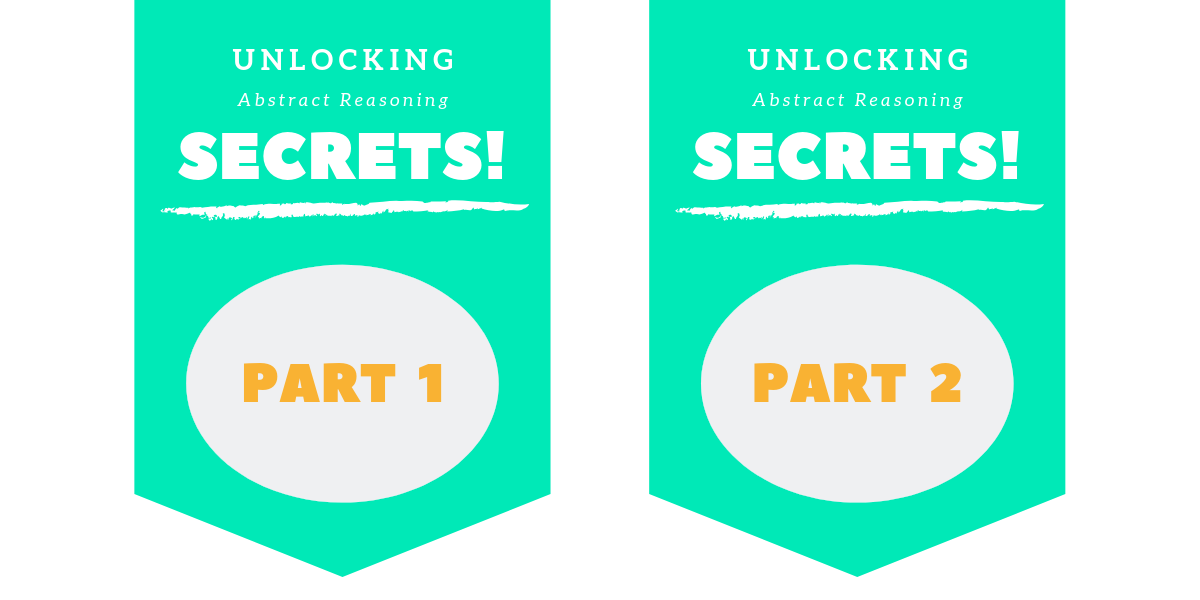