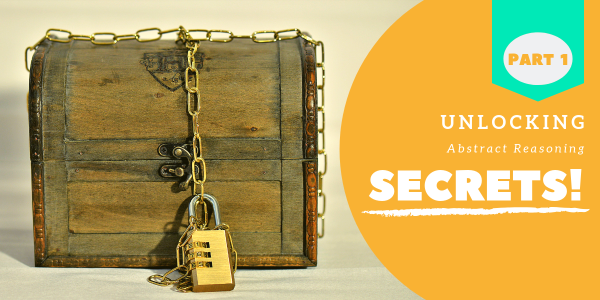 Those who are EPSO veterans will know, that EPSO has increased the level of difficulty of its Abstract Reasoning Test for the Administrator competitions. When analysing certain Notice of Competitions, you’ll find that EPSO now places a higher emphasis on this test type when calculating a candidate’s final pre-selection score. So, it is very important to do extremely well in abstract reasoning.

Having said that, make sure you consult your competition’s official Notice of Competition first, to better understand which pre-selection tests contribute the most amount of points towards your final exam score.

Regardless, you will always want to perform at your very best in each EPSO test, so you’ve come to the right place if gaining abstract reasoning insights is your goal.
In light of this let’s take a look at some of the tricks EPSO employs when producing these types of test questions, so you can be more aware of what to look for and start applying these new-found insights to your practice tests.

A word of warning

Before you start tackling abstract reasoning questions, get into the right mindset. Remember this isn’t rocket science!

Given enough time, everyone would be able to solve every single abstract reasoning question without any difficulty. It’s the strict time limits given to complete each question that makes it hard.

The rules used by question writers are generally very simple, but in addition to the time pressure, it’s the way these simple rules are combined and presented in each scenario that adds to the level of difficulty. So firstly, it’s important to be aware of the test methodology and the common rules/tricks employed by question writers. Secondly, it takes regular practice over an extended period of time to train your brain to filter through possible solutions, to quickly notice relationships between various building blocks, and to recognise common rule(s) used by question writers.

Doing lots of practice tests and learning to recognise common rules and how certain building blocks can interact with each other is a key step towards acing this test.

You will find that abstract reasoning questions generally fall into two main categories.

TYPE ONE: Some questions should be analysed as a sequence of images, where something happens to the different graphical elements (building blocks) and the key is to find this “something”. This type of abstract Reasoning question comes in two forms.

Form B: Building block(s) in the series change as a result of an interaction. A building block’s behaviour is influenced by the behaviour/movement of another building block and the rule influencing this interaction needs to be solved to arrive at the correct answer.

TYPE TWO: Some questions do not behave as a sequence, but instead as a set of images that were taken of the same elements in different moments, yet something is similar in each picture.

The image above is an example of this type of abstract reasoning question. Confusion may come from the different ways the building blocks are positioned throughout the series, but in reality, the rule is very simple. There is always one large green circle, one small white circle and one medium-sized striped circle. It is irrelevant how the circles appear in each image of the series, as long as they satisfy this one rule. So, the next step in the series could very well look like this:

How to approach abstract questions

Your main goal with this test is to try and find at least one rule. Progress incrementally through the series till you find something that logically works for the full set to arrive at the one correct answer.

Each question will be made up of building blocks that behave according to pre-defined rules. Some rules are easy to spot, whereas others are far more complex.

Looking for what is similar throughout the series may work in some cases. However, it may also be helpful to flip this thinking at times and look for the visible differences, as this can help in the discovery of certain rules as well. For example, looking for what changes throughout a series may highlight what the relationship is between different building blocks that interact.

If all else fails, look at the answer options as these could very well give hints as to what the correct solution could be and prompt the discovery of a possible rule influencing the sequence. In some cases, it may be easy to eliminate answer options based on obviously incorrect building block combinations. Thereby the probability of selecting the correct answer option is increased, without even analysing the sequence fully. This logic comes from how abstract reasoning questions are written. To understand in greater detail how this works read Abstract Reasoning - Finding The Wrong Answer.

Being aware of the tricks used by question writers, will greatly help you to recognise possible rules quicker and solve abstract reasoning questions faster. We will discuss these in PART II and PART III of “Secrets” To EPSO Abstract Reasoning Success. 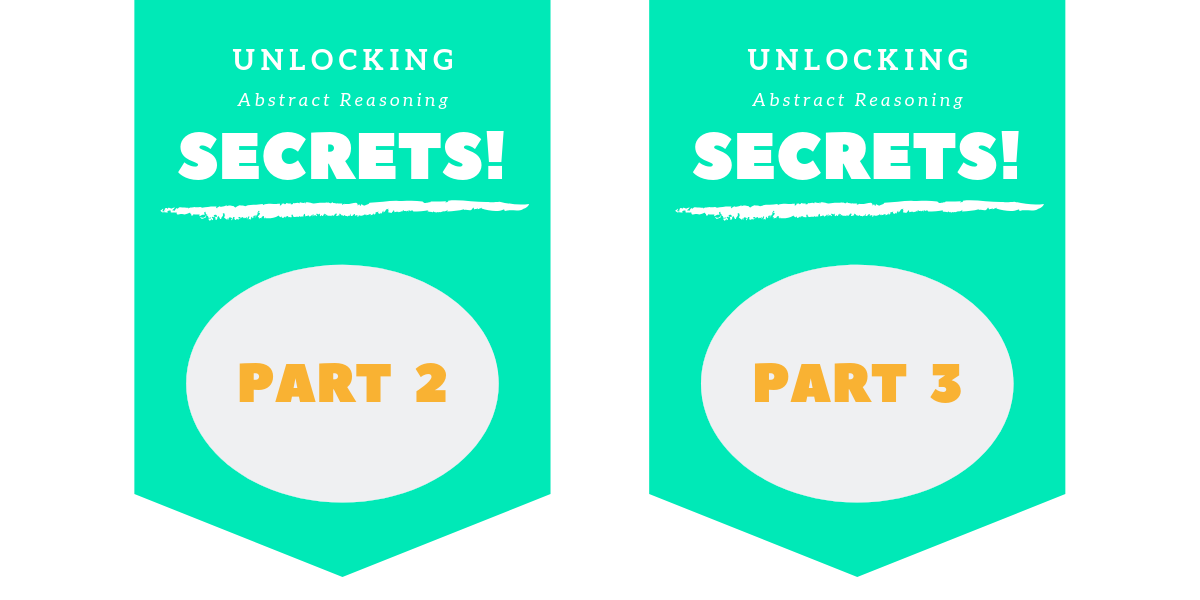 For further reading on abstract reasoning check out these Tips and Tricks articles as well:

In PART I of this series we discussed how to approach Abstract Reasoning Test questions. In PART II we look at simple rules that are relatively easy to ...

We are about to embark on some deep mental thinking. In PART I of this series we discussed how to approach Abstract Reasoning Test questions. In&nb ...

We know you want to perform at your very best in each EPSO test, so you’ve come to the right place if gaining abstract reasoning insights is your goal. Let ...