EPSO Considering To Change Its Selection Methods From May 2020 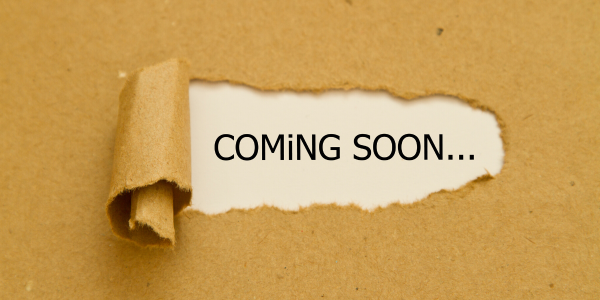 Today on 1 April, in the middle of the coronavirus pandemic, we’re secretly told about a highly confidential plan that the European Personnel Selection Office (EPSO) put together to completely revamp its selection process. The aim is to adapt to the social distancing measures that are the new norm in most EU countries and also to address long-standing criticism of its current selection methods.

Why is EPSO planning to launch a new selection system?

Given the lockdown measures and remote work requirements, candidates cannot access test centers around the world, neither can they enter the Assessment Center in Brussels or Luxembourg. Apart from the recent developments obliging EPSO to adapt its selection system, we at EU Training have also heard many times that "the Situational Judgment Test is basically a lottery", "abstract reasoning is a Magritte painting without the art" and "numerical reasoning is for Wall Street analysts only".

Based on recommendations from the World Health Organization (WHO) and DG SANTE, EPSO has found various new ideas to identify the best candidates and make the recruitment of future EU personnel more adapt to current circumstances.

The new EU selection system after May 2020

According to our source, EPSO is considering various new selection methods and it is yet undecided which one is going to be used.

But, the following selection methods have been shortlisted as the most likely ones to be rolled out to choose future European Union officials for the reserve list.

Lottery system: given the large number of candidates applying for generalist posts, EPSO shall deploy an algorithm that randomly selects a certain number of registered candidates, e.g. 10 times the number of places available on the reserve list. Those selected by the computer will then be required to record a 5-minute video discussing, in their 2nd language, their motivation to work for EU institutions. Each of these videos are then allocated to 5 randomly selected current Commission staff and if the video receives 3 or more upvotes from them, the candidate is hired as of the next day!

Network recommendation system: based on the latest research and trends in personnel selection, EPSO would select specialists and linguists on the basis of peer recommendation and online endorsements. This means that a candidate would need to present 8 links to various online endorsements. Should any of the candidate’s recommendations come from a non-EU IP address, or contain a negative remark on EPSO, the EU or any of the EU’s policies, the candidate will be considered ineligible. The Selection Board assigns a special weighing provided for each recommendation, given the referrer's social ranking on the basis of a combined metric of the person's online activity related to EU-relevant topics in various social networks. This is done via a 3rd party software EPSO is going to license, but within 2 years, DG DIGIT will develop its proprietary version for EU institutions.

Trivia system: though EPSO senior officials are still convinced that testing lexical knowledge (such as "How many square meters is President Von Der Leyen’s apartment on the 13th floor of the Berlaymont Building?") is not a suitable tool for selecting EU officials, however serious consideration has been given to the applicability of various multinational companies' unique selection tools, such as Google's formerly used (in)famous riddles and trivia. These include for instance questions like "How many golf balls can fit in a taxi?", or an adapted version would include "Explain in three sentences to your eight-year-old son what quantitative easing is" (for economists) or “How does comitology work, in two minutes” (for administrators) and “How do you switch from Skype for Business to Zoom?” for secretaries. The main issue with this system, however, is that it is very hard to automatise it and therefore assessors and selection board members would need to spend a disproportionately large amount of time screening through the answers and scoring them according to a pre-established grid. Therefore, EPSO decided that these entries will be peer-reviewed, that is, candidates will rate each other’s answers and be ranked according to the rating they received from fellow candidates. You are therefore advised to make those long overdue calls to good old friends if you want to score high on this selection method.

Artificial Intelligence: though selection experts disagree about the scientific validity of AI (for now), EPSO seems to prefer this method above all others. This system includes a number of “signals” that a candidate gives permission to be “fed” into the algorithm. These include the candidate’s handwriting samples (based on graphology analysis), original and unique social media posts (since EU officials will be increasingly required to communicate with citizens about their work), creativity (candidates shall submit a non-conventional piece of work, such as a painting, an artistic video, physical object they crafted etc., which is evaluated on the basis of originality and uniqueness), high school essays or university thesis (to see their analytical skills), a sample of 10 anonymized emails they sent in the past 3 months (to test their written communication and problem solving skills), and an automated video interview conducted by an AI software (to analyse their voice, facial expressions, vocabulary, stress management, and overall conduct).

EU love score: according to this method, each applicant will be attributed a special scoring grid which includes elements such as the level of support for EU integration by the candidate's country of citizenship (based on the most recent Eurobarometer results), the country's ranking in the latest Transparency International surveys, the candidate's publicly expressed enthusiasm for European integration on social media, newspaper editorials, Youtube videos, Tik-Tok songs and other channels. Should overly critical comments (or even just a retweet of any of Nigel Farage’s tweets) be found on any of these channels, Selection Board members will automatically disqualify the candidate.

Next steps and what to expect

As mentioned above, EPSO's Executive Board will soon have a meeting to decide which system, or the combination of the above systems, may be applied as of May 2020. Our analysis shows that EPSO will likely choose the “Lottery scheme” for Administrators (AD), the “EU love” for CAST candidates, the “AI” for Specialists, “Network recommendation” for Assistants (AST) and “Trivia” for Linguists and Interpreters.

Our sources were confident that this information, originating from a folder called “April Fool's”, is fully reliable