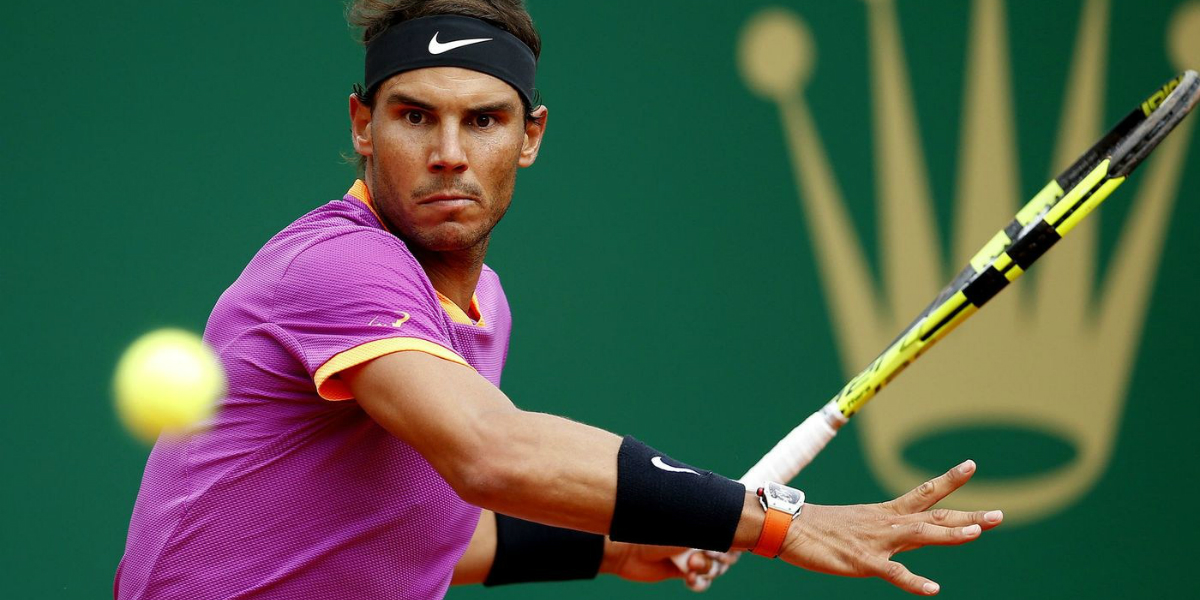 Did you know that Rafael Nadal actually once passed the EPSO Exam, but decided to be the world’s best tennis player instead?

Well, this is only partly true: as far as we know, he never had the ambition to become a fonctionnaire, but he did in fact decide to become the top champion instead of waiting for that to happen.

That is why EPSO candidates could learn a lot from him about success: how to prepare and win at this exam.

Tennis players who faced Nadal at an official game can testify: he is probably the most intense opponent they ever met. But those who trained with him as sparring partners discovered that “Rafa” is as intense in his practice as in the real game.

“It’s unbelievable, said French player Gasquet, who spent a week training with him in his hometown Manacor, he fights on each ball as if his life depends on it, no matter what’s at stake.”

What’s the takeaway? Training is not just for the fun of it. It’s actually as serious as the exam itself, with the only difference being that you can try and improve over and over again. No excuses. No “Ahhh, I’m too tired”, “Tomorrow I’ll really do better”. If you do amazing in the training, you’ll likely do great at the exam too.

2- GET IN YOUR ZONE: THE POWER OF RITUALS

Nadal is famous for his almost autistic behaviour. Outside the tennis world, he is a normal human being, frightened of thunder and barking dogs. On the court, though, he becomes the ultimate fighter, one of the fiercest competitors of all time. Which rituals help him get in the “Zone”?

Before getting on court, he always follows the same path: cold shower, bandage, short runs within the locker room; then on the court, water bottle always put in the exact same way, and his famous shirt-short-hair-eyebrow ritual before service. Similarly, Olympic champion swimmer Michael Phelps does the same kind of ritual before each and every race so his mind switches to ‘exam mode’.

The takeaway: don’t just sit down to the computer and practice for the exam. Do a small ritual that you can repeat at the EPSO test centre too, for instance, taking a glass of water, doing a bit of stretching, walk five minutes in the fresh air, and then get started.

If your mind is trained to learn these “cues”, each time followed by an intense concentration and improved results, you will be much better focused when the stakes are real, too.

When Nadal was 12 years old, he spent most of the summer having fun with his friends. When resuming the tennis season, he lost a tournament. Angry and devastated, he told his father that this was the last time ever he would lose due to a lack of training, and that he was ready to sacrifice any holiday if that meant losing again this way.

Didn’t succeed at the exam? Your scores were lower than wished for? Anger can be a powerful motivator if used smartly.

Dig into your deepest resources, and turn it into an all-encompassing desire to win over the tests. If you want to beat the competition, your willpower is your best asset.

4- NEVER GIVE UP DURING THE TOURNAMENT

When Andy Roddick defeated the 19-year-old Rafael Nadal in the US Open quarterfinals, he said “Though he had almost no chance to come back, he was still fighting like a mad dog on every ball. This is promising.”

When most players would become mentally exhausted and give up, Nadal still gives his best and believes in his chances. “As long as I stand on the court, I do have a chance”, he says. “It is as simple as that.”

There will be moments of despair during preparation and at the exam itself. You may feel that the tests are all too challenging. Is it a reason to give up? Absolutely not.

As long as you have a few minutes left, you can fight. You can focus, guess, calculate, interpret and click the right answer: if Nadal can smash a winner service while being watched by thousands of fans, you can also hit the right answer under high pressure.

5- USE YOUR WEAKNESS TO YOUR ADVANTAGE

When Nadal started his career, he was famous for being an expert on clay tennis courts, but was clearly behind on all others. Most commentators saw him doing a great career on clay but not so much any other court type.

Then, out of the blue, he won all Grand Slam Tournaments, including 2 US Open (hard court) and Wimbledon (lawn court).

The key to this success? Understanding his weak points, and massively improving those until they became his strength.

His service preventing him from wining the US Open? That would be hundreds of additional hours improving it. His net game would stop him from making it big at Wimbledon? Massive net practice scheduled. Nobody else is responsible for his defeats but himself. And nobody else can secure wins but him.

Can you take a clear, honest look to analyse your weaknesses? Are you preparing enough and practice the right tests? Main weakness is the numerical test? You could improve your time at the accuracy and precision exam? Once identified, you will need to double the effort to improve your weakness – it’s an investment that yields compound benefits.

The EPSO test is called ‘concours’ (competition) for a reason. As in tennis, you not only need to hit the ball over the net but you need to win over your competitors to secure your place on the reserve list.

Luck, they say, is when preparation meets opportunity. Preparation, or practice, depends entirely on you – so smash it like Nadal!

Ready to start practicing? Try a free demo or check out which test package is best for your preparation!